I’m not really sure where to start this year off…

The year began with such a bang of drama and craziness that all idea of time to reflect and plan got pasted by. None of the drama was my own but for those I care deeply about, and it was badly timed with some overtime shifts which left me feeling completely useless and unable to help. 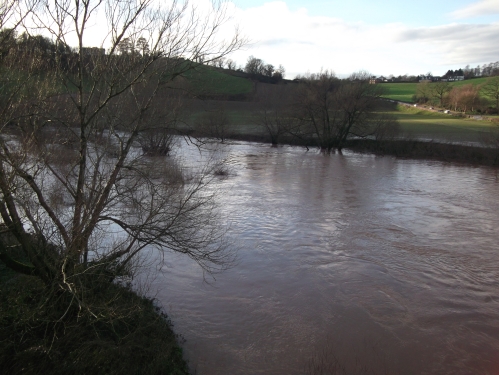 The swollen river Wye with the first signs of spring: catkins – 17th January 2014

The weather this year has started off rather wet. With a second year of flooding over the festival period. Again this was not really something that had any major effect on me personally but it’s something I feel it’s important to record.

There were not really any frosts until after the New Year and even now most mornings are wet and cold instead of cold and frostie. The ‘snow’ word has been mentioned but I am still to spot any on the forecasts for the area; a contrast to this time last year when we had a few feet of snow. This year the ground is just water-lodged.

I have lots of plans again for this year and will hopefully be able to put them in some order, before sharing them over the year here.

Lambing will be from the end of February… kidding will be in early May… seed sowing with start soon enough.