Hand Off Our Forest – Protest Rally

Today there was a rally held in support of the Hands Off Our Forest campaign; over 3000 people joined in a short march through woods, listened to speeches and music, signed petitions and wrote personalised letter in support of the campaign and finished the afternoon off with a fire sculpture by a local artist.

And goes on as far as the eye can see... right back around to the field that the march will finish on - 3rd January 2011

Still listening even with snow falling all around - 3rd January 2011 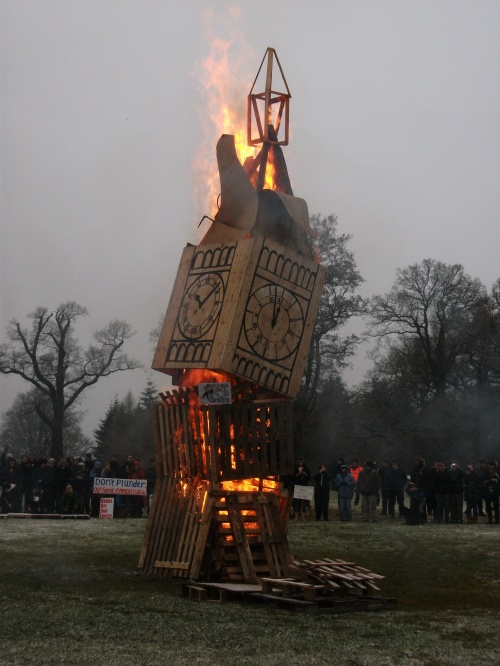 The fire sculpture to finish the afternoon off - 3rd January 2011

It was a happy and positive event, a chance to say hello and catch up with people I wouldn’t normally see and the prefect way to highlight and bring attention to the issue and campaign.

This entry was posted in The Bigger Picture and tagged forests, Hands off our forest, woodland. Bookmark the permalink.

One response to “Hand Off Our Forest – Protest Rally”