Snow – the start of another cold winter?

We have also had snow but gladly it has not felt like such hard work this time.

We now have one 4×4 vehicle and our feed and hay deliveries have still made it through to us. 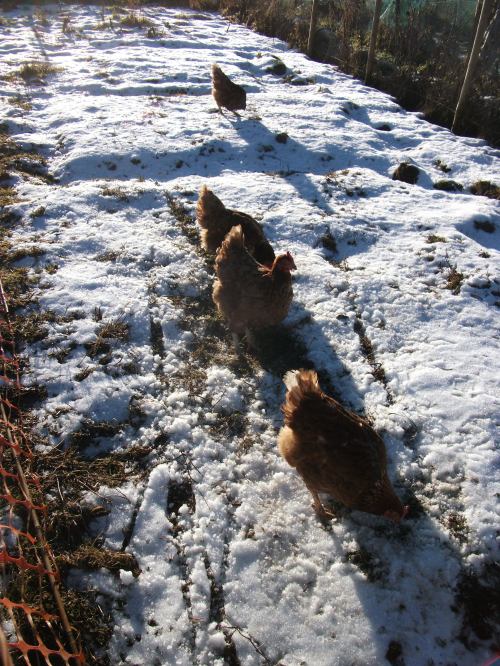 The animals have not been impressed and on the coldest days I have kept the chickens in.

Friday night we had our thickest fall of snow, about 2 inches in a few hours but it was wetter than the other snow we had have had and so was only really a problem when driving through it and when it froze the next evening.

Today has been the warmest and a lot of the snow has gone but any snow that is left has turned into glassy looking ice under foot and on less used roads.

This entry was posted in chickens, weather and tagged chickens, ice, snow, weather. Bookmark the permalink.